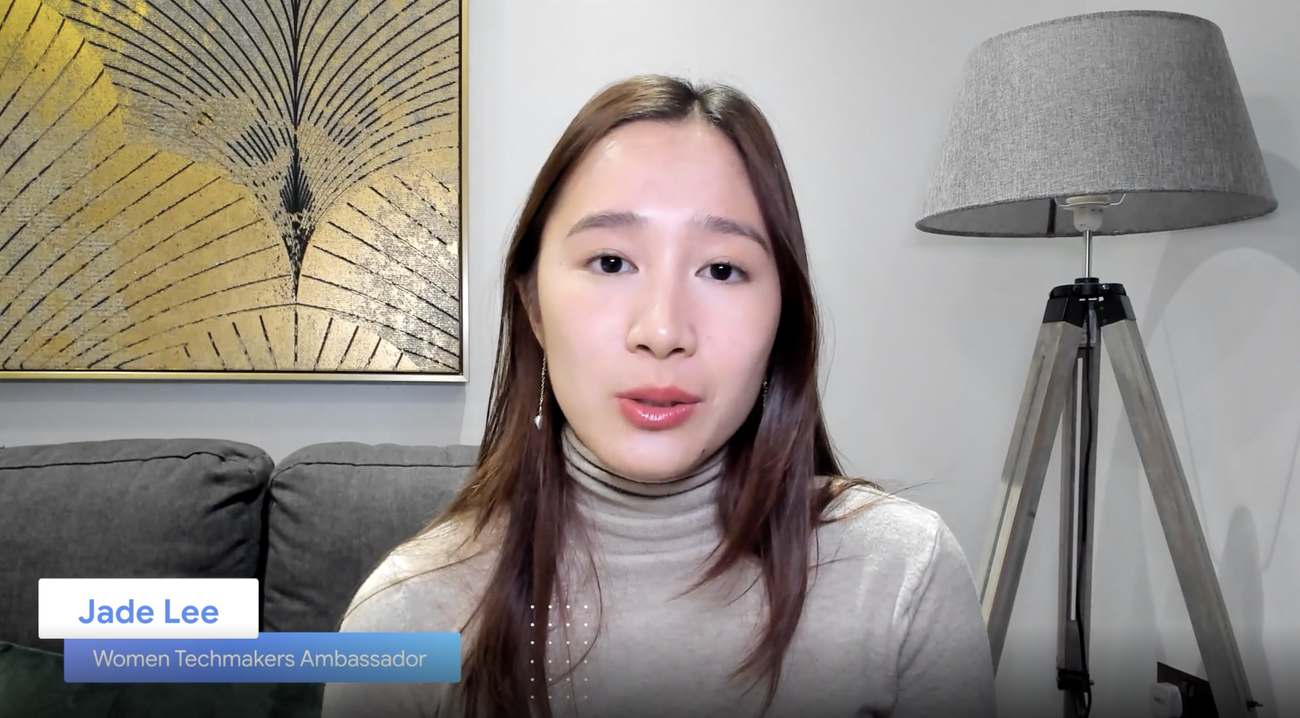 Growing up, mathematics was not one of Jade Lee’s favorite subjects. “I was absolutely terrible at it!” she says. “But when I got older, I recognized there are very few of us who are naturally good at mathematics.” With time and effort her skills improved, so much so that today she is pursuing her undergraduate degree in mathematics and economics at the London School of Economics. There, she also volunteers her time as a Women Techmakers Ambassador and Google Developer Student Club Lead.

While she enjoys math much more than when she was younger, Jade still believes that it is a “ruthless subject.” Since there is typically a right or wrong answer, it’s not uncommon to make mistakes or experience failure. And since Jade was often one of the only women in her classes, she was anxious about making these mistakes in front of her classmates, and felt she generally lacked the confidence of her male counterparts. “For me, there was always a doubtful feeling at the back of my head that I didn’t belong there or that I was only fooling myself to continue down this route,” she says.

But when she joined the Women Techmakers Ambassador program last year, two big things started to shift for her. First, she says, she was inspired by the “beautiful community of women around the world pursuing technology.” She saw the power of having women role models and a supportive community in a male-dominated industry, and quickly took the initiative to build this community herself — including hosting events that brought more than 500 female students together to become more involved in STEM and learn about technological careers across industries.

Through sharing experiences and challenges with other women in the field, she felt less alone. She also started to see that being one of the only women could also mean new opportunities: “You are breaking new ground, setting new expectations and changing the industry bit by bit for the better,” she says.

After becoming an Ambassador, she also started to develop a new relationship with failure. Bolstered by the support of her community, she started to feel her confidence grow, which helped her speak up more. And instead of being afraid to get something wrong, she recognized she was actually learning a lot more from her mistakes than her successes. “Those who grow and develop as STEM students are those who embrace those failures, learn from their mistakes and reflect on their experiences,” she says. “Failure gives us an opportunity to learn, be challenged and thrive.”

Jade is excited about her future, and wants to continue pushing towards gender equity in STEM. Her advice to other women looking to break into the industry: “Embrace the challenge, learn from the difficulties and be grateful for the experiences you’ve had.”

Climate change affects everyone, but not equally. Our fossil-based energy system has disproportionately impacted communities ...

We recently opened our all-electric Bay View campus, which also marked the debut of our ...

Photo of Stonewall Inn facade taken by CyArk during a documentation project in March, 2017. Learn ...