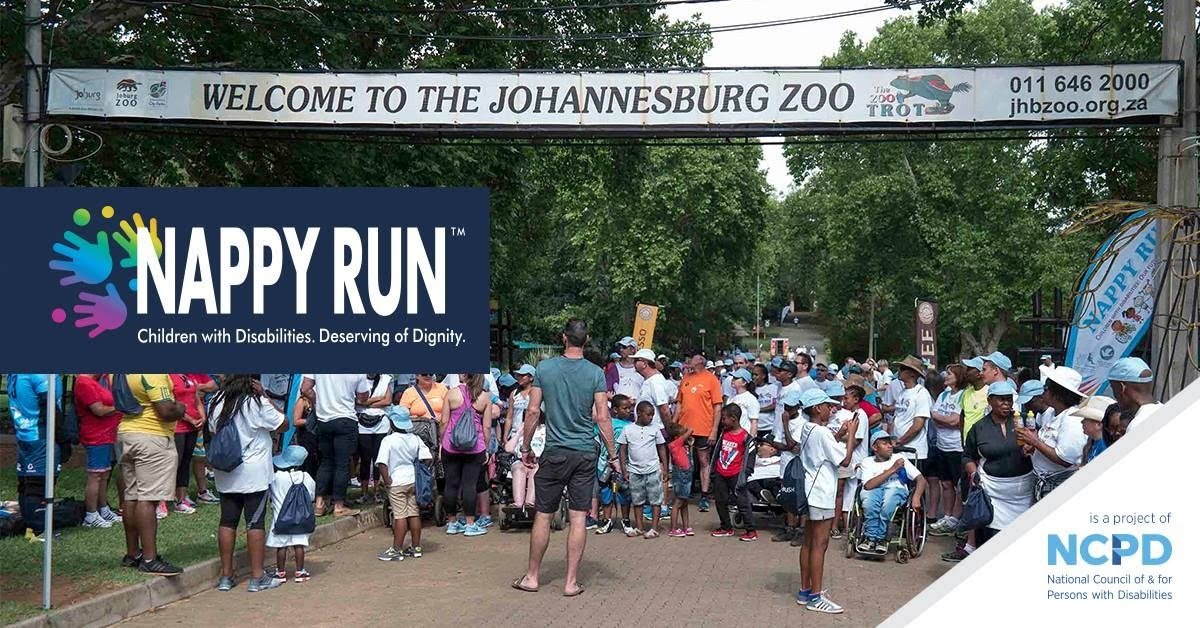 Throughout the pandemic, many of us have spent too much time on the sofa — but Artwell Nwaila changed that for himself and some of his colleagues. Artwell is the Head of Creative and co-lead on Google’s Disability Alliance in South Africa. This week The Keyword spoke to Artwell about getting Googlers moving for a great cause  — the Nappy Run — over the next few months. For those looking to inspire their own organizations with creative, competitive ways to fundraise, do try this at home.

The National Council for People with Disabilities (NCPD) based in South Africa hosts a few major initiatives in the country to promote and protect equalization of opportunities and realization of human rights for people with disabilities. One of the main annual events they host is the Nappy Run, an initiative to raise money and ongoing awareness for children with disabilities who are in need of essential nappies — known elsewhere in the world as diapers. When the world was open, people would gather in November to run, walk, wheel or stroll to raise funds. This year will look different — with a virtual event — but we’re hoping to give them a big head start with Googlers running through September and October to raise money for stacks of good quality nappies.

How did you get involved?

I sit on Google’s Disability Alliance in South Africa with my co-lead Stephan Schoeman, and came across the Nappy Run last year. There are many ways to give back at Google but this was an area where I really wanted to have an impact. We chose to work with NCPD to get their guidance in the area and make sure we were respectful to what people actually need and where we can meaningfully help. The Nappy Run resonated with me — not least because I have kids and can’t imagine them in a situation where they didn’t have access to nappies. This is the initiative we are working hardest to get attention for. We pitched them the idea of our group holding an internal event, using their name and getting together enough money so that by the time they start the Nappy Run, they have a good baseline to fire things up.

How are you raising the money?

From September 1 to the end of October we’re asking Googlers to rack up kilometers traveled, with a suggested donation of $16 or 250 rand per 10 kilometers. That’s the cost of a good pack of nappies in South Africa so it’s a nice way to understand how much they have contributed. We’re using the Strava app, so people will join the group, wrack up their kilometers and see how everyone else is doing. One of our Googlers is an ultramarathon runner so there’s no way we are pushing the competition element too hard. For those who can’t do something active, they can just donate directly and Google is going to match the donations dollar for dollar.

What’s next for the Disability Alliance in Sub-Saharan Africa?

After our first sign language class last year, we’re now working on a series of sign language classes for Googlers to make our region more inclusive. We’re partnering with an organization in the U.S. to find region-specific teachers, since  sign language  differs in Kenya versus South Africa for example. And Google is paying for employees’ classes for employees. It’s a six class course to get an entry level amount, with the option to proceed to advanced levels afterwards, which I’m hoping some will do!

How tech can support transformational growth in Africa

This week, I was privileged to be in Kigali, Rwanda for the Commonwealth Heads of ...

How Google is Addressing the Commercial Spyware IndustryWe assess, based on the extensive body of ...

Welcome to the latest edition of “My Path to Google,” where we talk to Googlers, ...